Vito Errico (vito.errico@uniroma2.it) graduated in micro-electronic engineering from Polytechnic of Bari in June 2005. He received the PhD degree in materials and innovative technologies (ISUFI) from Università degli Studi del Salento.

His doctoral work has included design, nano-fabrication and characterization of active and passive photonic crystal devices. As a result of his research results, he received the Marie Curie “best poster award” at the International School of Nanophotonics in September 2007.

He was appointed to post-doctoral researcher position at the University of Birmingham, United Kingdom in 2008 where he developed a new NSOM system for near-field analysis, capable to simultaneously acquire near field optical images, spectral information and plasmonic data from size-selected nano-clusters.

Currently he is a researcher at the University of Tor Vergata, Rome, and his main activity is the development of techniques for the packaging of nano-piezotronic devices. 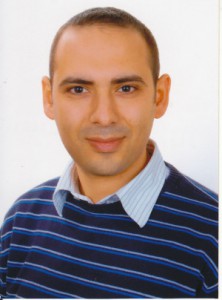